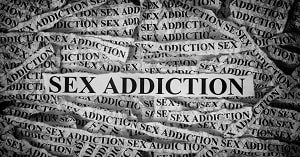 As soon as the words left my mouth, I felt like a total impostor.

The men and women seated around me, legs crossed and arms folded, draped over orange plastic chairs, would see right through me any second now. Even though I was staring down at the floor, I could feel their eyes burning in to me.

These people had real addictions… my problems felt so entry-level by comparison. They had serious problems, not me.

I mean, sure, I’d slept with countless women who I felt no emotional connection to.

Sure, I’ve felt a deeply permeating sense of shame at the core of my being after compulsively acting out sexually.

Fuck. Who am I kidding?

The more I listened to the stories of the people around me, the more I realized that I was in the right place.

As human beings we have a brilliant capacity for bullshitting ourselves.

It can take years of spinning our wheels in the mud before we realize that we aren’t making any progress in a certain area of our lives.

So what is sex addiction, and why is it so frequently misunderstood?

What Is Sexual Addiction?

Or, as one SAA (Sex Addicts Anonymous) member once so eloquently put it in a meeting that I attended, “When I act out with sex workers, I’m not thinking to myself ‘Oh boy, this is going to be super fun!’. But rather, I’m thinking ‘I have such a tornado of pain inside of myself that I either have to kill myself or compulsively act out to numb the pain.’” 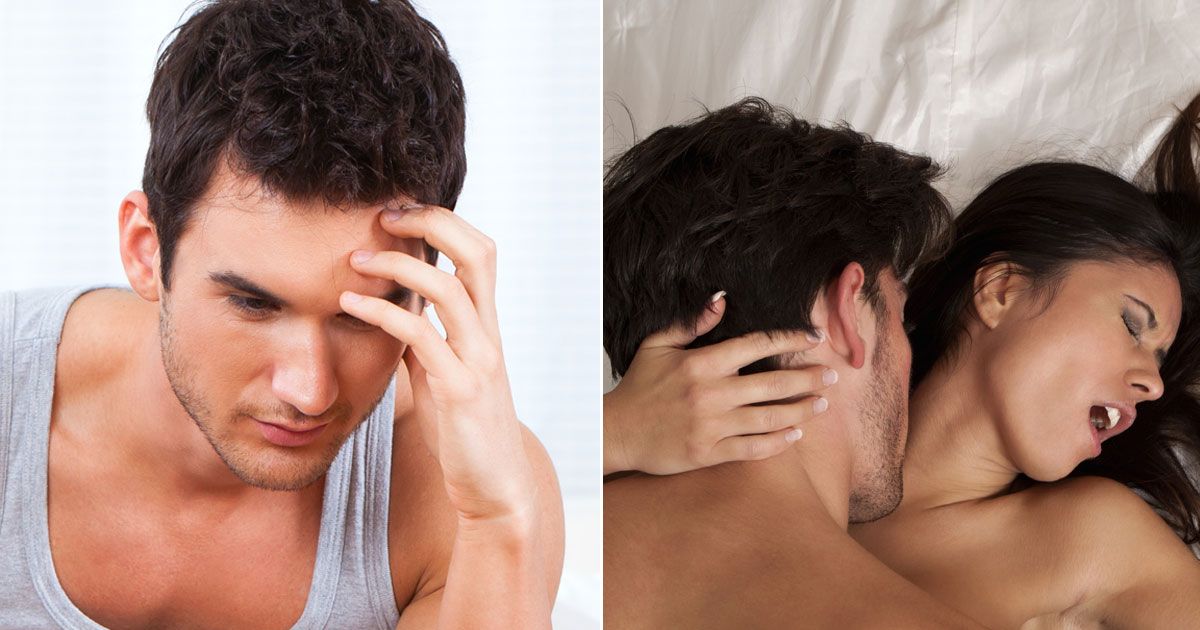 Compulsive sexual behavior is what sex addicts use to numb out their emotions, just like alcoholics often use staying drunk to avoid feeling their underlying difficult emotions.

The consequences can be fatal. I know sex addicts who have knowingly had unprotected sex with people who had life threatening STI’s. I’ve met other addicts who have spent hundreds of thousands of dollars on sex workers, going further and further into debt to fund their compulsive behaviour.

I’ve met hundreds of sex addicts (as clients and in Sex Addicts Anonymous group meetings) and there is no singular unifying theme that connects all addicts – at least not in terms of how they like to act out sexually.

In fact, any addictive or compulsive behaviour could be easily categorized with one simple litmus test… do you find yourself consistently doing something that you do not want to do?

If the behaviour has control over you, then it has likely become a problem in your life.

Why Is Sexual Addiction So Difficult To Overcome

Sexual addiction is one of the most challenging addictions to overcome.

With substance addictions, like alcoholism or drug addiction, it is possible (and often recommended) to simply discontinue the use of the substance entirely. But with process addictions like sexual addiction and eating disorders, it’s impossible to just give up food or sex for life. They are interwoven into the fabric of our being and so the goal is to integrate them into our lives in a healthier way.

But because sexual addiction and compulsive sexual behaviour is just the mechanism that numbs out the difficult emotions that addicts are unwilling to face and heal their way through, the most sustainable way that a sex addict can overcome their addiction is to work through their underlying emotional turmoil that keeps them stuck.

Deciding To Face My Past And Feel My Feelings

After a certain amount of feeling out of control of my behaviour, I knew that the only way out of this pattern was to feel my underlying emotional wounds.

And, as fate would have it, as soon as I set the intention of wanting to dig into my past wounds, my answers were revealed to me in the form of a dream.

I woke up sobbing in the middle of the night, lying next to my girlfriend at the time, and the memories of how isolated and unwanted I felt in my childhood came flooding back to me.

It took months of journalling, therapy, and other deep healing modalities to come to terms with the pain that I felt. As cliche as it sounds, I had to learn to fully love and accept my wounded inner child.

The behavioural antidote, for me, was to reach out to people for help and allow them to be there for me. And, once again, as soon as I set the intention to do so, a rush of new friendship and community came pouring into my life.

Obviously, healing past emotional wounds is something that must be done on an individual basis. There is no one-size-fits-all model.

If you’re looking to work through some of your past pain, I would recommend reading whatever combination of these articles most appeals to you (How To Fully Release Difficult Emotions That Hold You Back, Sometimes Seeds Get Planted In Our Heads, Forget The Noise – Here’s Who You Really Are, How To Stop Being So Damn Hard On Yourself, 11 Easy Ways To Actually Love Yourself More).

The 3 Biggest Things That Helped Me Overcome My Sexual Addiction

I recognize that I am still relatively early on in my process (having only been going to SAA meetings for just over two years, on and off), but I feel like I’ve gained some valuable insights that I wish someone had passed on to me at the beginning of my journey. Here are those insights.

1. Tell the full truth to a trusted person

“You are only as sick as your secrets” goes the saying that originated in Alcoholics Anonymous.

One of the best things that addicts can do for themselves is find a trusted person (friend, family member, significant other, fellow addict in a 12 step program, etc.) to tell their secrets to. The more you can verbalize the thoughts, fears, and desires in your head that keep you feeling stuck, the more free you can be of them.

2. Go to meetings and get support

If picking one person to share with seems too scary, you might want to try going to a few 12-step meetings. You can hear other people’s stories (that will help you feel less alone in your addiction), and you can share your own experiences with the intention of freeing yourself from ruminating on how seemingly strange your thoughts/behaviours are (again, see point #1).

There’s also an added layer of accountability that comes with going to meetings. Once you’ve told a group of strangers about the ways in which you act out, you will be less likely to repeat those same behaviours because they won’t hold the same level of power over you. By externalizing your fears, you neutralize them to a large degree.

If the message/ethos/vibe of local SAA, SLAA, or AA meetings connects with you, I would also strongly encourage you to do a full set of steps (with a sponsor-of-your-choosing’s support).

3. Cultivate new habits when you’re about to act out

One of the core components of personal growth is coming to the fork in the road when you’ve always done one thing, and doing something different.

If, whenever you feel stressed/anxious/depressed/isolated you start to go into your psychological acting out bubble, instead of loading up porn/cruising ads/searching for anonymous sex, pick up the phone and call a trusted friend instead. If you understand that feelings of unworthiness and isolation are at the root of your desire to act out, then the best thing you can do is connect with someone who cares about you.

This point ties in elements of the first two points. Have two or three trusted friends on speed dial for when you’re going into the rabbit hole of your suffering. As you’re approaching the moment of truth, simply reach out to one of those people instead of acting out.

If reaching out for support is too challenging for you when you feel like acting out, another thing that you can do is induce crying.

Emotional stress, ultimately, is just a culmination of compounded unfelt feelings. If you feel those unfelt feelings (by releasing your sadness, anger, grief, or whatever else is present for you) then there won’t be any underlying emotional turmoil for you to try to numb out. Feel your feelings, and set yourself free from the pattern.

How I Will Manage My Sexual Addiction Going Forwards

It is well understood that addiction is a brain disease. Therefore, I don’t think that recovery means that you will never have addictive/compulsive thoughts for the rest of your life, but rather that you know how to manage them and not adhere to their unhealthy desires. This is the same reason that alcoholics will still identify as being alcoholics years after they last had a drink… they know that the substance has a power over them and that it affects them differently than it affects most other people.

I went through an emotionally trying time this year and, during a phase when I would have historically acted out the most frequently, I refrained entirely from my most compulsive behaviours… which was a huge turning point for me. I no longer felt like I was at the mercy of my addiction. Does this mean that I think I’m ‘cured’ forever? No. Just like any addiction, I believe it is something that I’ll have to be aware of and continue to manage for a long time to come (just like alcoholics are alcoholics for life, they’re just wired a bit differently and can’t indulge in a casual drink).

For me personally, the biggest tools I have available to me are self-awareness, self-compassion, and the courage that it takes to reach out to a friend for help (aka embracing community). Self-awareness to realize when my mind is leading me in an unhealthy direction, and self-compassion for being able to be gentle with myself when I find myself feeling stressed, anxious, or any other negative feeling that I would historically want to numb out.

For most sex addicts, the goal of recovery is to be sexual when they’re feeling sexual feelings with a committed partner, as opposed to acting out sexually as a means to numb out their difficult emotions. 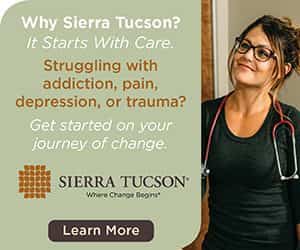